So now, apparently, I can't just make a Genius Bar appointment.  I have to go through too many hoops, including having to override the Support Page itself and, well, lying to Apple to get to a human.

NOTE TO APPLE:   Moving things around because a techie thinks that a change might be cool is not a good justification for change.
Posted by Unknown at 6:32 AM No comments: 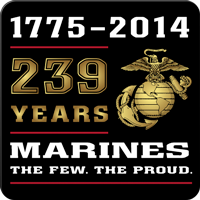 Here.  I especially liked his point about why incentives favor bailing out law schools rather than closing them:

[A] closed law school is worth little, or most likely nothing, to creditors. The value is only in the revenue stream it produces and perhaps its building. (You could say the books also, but these are increasingly fewer.) And these days, that revenue stream is down 20 to 40 percent, meaning that if law schools were for-profit businesses, most would be failures.

A troubled law school is like Dracula: hard to kill. Creditors will not do so because even keeping a struggling school alive means there is some possibility of repayment.

On the other hand, those closed law school buildings might be valuable to universities, as they can be repurposed for other uses, freeing up different space on campus for things like expanded research space.  So law schools that aren't free-standing should still be nervous if they're underperforming. Now is not the time for complacency.
Posted by Unknown at 6:47 AM No comments: