See his latest op-ed on the changes in law practice economics and business models here.
Posted by Unknown at 7:16 PM No comments:

Some thoughts on reasonable attorney fees.

The juxtaposition of two articles this morning caught my eye.  This morning's Wall Street Journal's article, The Law Firm Business Model Is Dying, reminded me of Big But Brittle, the must-read article by Bernie Burk & Dave McGowan.  (Bernie & Dave's article is much better at discussing the nuances of the changes affecting BigLaw; the WSJ piece is just about lawyer deregulation.)  The other is a New York Times Dealbook piece by Andrew Ross Sorkin:  Madoff Case Is Paying Off for Trustee ($850 an Hour).  Here's the quote in that article that caught my eye:


In a particularly caustic exchange in court last year, Judge Rakoff, upon seeing a group of lawyers enter the courtroom on behalf of the trustee, said: “Can I ask a question, which is, since the trustee’s fees come out of the funds that otherwise would be available for other purposes, why are there four attorneys from the trustee here in court today?”

When the lead lawyer responded that he might need to consult with his colleagues during his argument, Judge Rakoff shot back sarcastically: “If it turns out you give your argument without needing to consult with them, of course, you and your firm won’t charge for their appearance today.”

The lawyer replied: “I, your Honor, am not going to make any promises.”

The fact that these two pieces came out today is just a coincidence, but the backstory on both is that lawyers who assume that their way of doing business will continue indefinitely are in for a shock.

In terms of the Madoff case, I'm a firm believer that Irving Pickard is doing a good job and is worth his hourly rate.  Not every legal theory will work when applied to a particular set of facts, but he's doing his best to get some significant recovery for Madoff's victims.

But Judge Rakoff is right, too:  just because a law firm can bring several people to a hearing doesn't mean that it should.  The problem of "staffing balance" is the tension between representing a fiduciary (and the concomitant desire to leave no stone unturned, in order to fulfill the fiduciary's duties) and the question of who ends up paying the bills for that representation.  The more diffuse the responsibility is for paying those bills, the less opportunity there is for the client to say, "let's do this but no more than this."

The problem is particularly acute in large chapter 11 bankruptcies, but that's not the only situation in which the problem occurs.  (See here and here for some of my thoughts on staffing balance.)

We train lawyers to be risk-averse.  Risk-averse people are prone to making sure that all of their bases are covered.  That means that lawyers will want to bring everyone to a hearing who might possibly have something to contribute, "just in case."  But with new technologies around to let lawyers call in to hearings, or to be on cell-phone standby, there are ways to trim those bills.  If the lawyers would be willing to move to those technologies but for court rules that interfere (such as prohibiting cell phones in courtrooms), then courts need to rethink their rules.  And if the lawyers are behaving responsibly about who they bring to hearings, then I can see giving them the benefit of the doubt in close cases.

There are a couple of ways to communicate staffing choices to the court.  One is explicit:  "Your Honor, with me today is Attorney X (who will cover [single issue]), Attorney Y (who will cover [different issue]), and Attorney Z (who is responsible for helping me with today's overall hearing because [reason])."  Another is by setting benchmarks in advance, with rebuttable presumptions about how many attorneys should be billing for a given task.

Communication is key.  Without such communication, lawyers will be judged in hindsight about the reasonableness of their actions. Whether the client is paying close attention to the bills or is merely an amalgam of interests that--by definition--will not pay close attention to the bills, there are too many pressures on the practice of law to let law firms bill without explaining their staffing choices to someone (the client or the court).

Posted by Unknown at 8:32 AM No comments:

On this Memorial Day, we all have particular people we remember.  Jeff and I remember Ron Bliss, as well as other friends who served.

Charlene, our thoughts are with you today.
Posted by Unknown at 7:44 AM 1 comment:

Email ThisBlogThis!Share to TwitterShare to FacebookShare to Pinterest
Labels: Leadership, Other blogs, Personal

Tom Manion's piece in the Wall Street Journal (here) is exceptionally moving, and it's a must-read for Memorial Day.

We quite literally can never repay the debt that we owe our troops.  But we owe it to them to recognize their bravery and sacrifice, not just on Memorial Day, but every day.
Posted by Unknown at 7:04 PM No comments:

Yesterday afternoon, UNLV's President announced that John White, our law school's dean, would be UNLV's next provost.  We will be doing a dean search this coming year, but in the meantime, I'll be our school's Interim Dean, with the transition happening mid-summer.  Here's what I sent to our community:

I know that we all wish Dean White well in his new position as UNLV's next Executive Vice President and Provost.  He has done many wonderful things for our school:  preserving our financial stability during one of the worst recessions in history, adding talented faculty and staff members to our already strong ranks, and helping to guide us through a rethinking of our first-year curriculum.

I'm happy to be serving as Interim Dean as we search for our next permanent dean.  We are at a pivotal point in legal education.  Legal practice has changed dramatically, and we are not likely to see a return to the old approaches to practicing law.  Our students will be looking to us to help them find a way to adapt to this "new normal."  We need to continue to provide our students with the right mix of analytical and communication skills, a deep understanding of substantive law, and an ability to use law as one way--but not the only way--to solve complicated problems.  We also need to think creatively about how to adapt our strengths in this changing environment.

This year will be busy for us.  In addition to the dean search, we'll have the ABA site inspection and will embark on our next strategic plan.  For us to be able to make informed decisions, we'll need to do a fair amount of research on legal education and the practice of law.  The good news is that we have a strong and growing alumni base and a significant amount of goodwill in the legal community.  I'm sure that we will be able to tap the knowledge of our friends near and far to help us in our decision-making.

It's an honor for me to serve our school in this capacity.  We have a remarkable school, filled with talented, engaged, and collegial people.  Here's to preserving the best of what we have and finding even more ways to be outstanding.

It is an honor, and I think of Boyd as a very special (strong school and collegial environment) place.
Posted by Unknown at 3:55 PM 2 comments:

Funny column to start the week.

See Augusten Burroughs's WSJ piece, How to Live Unhappily Ever After (here); this one on When the Troops Were Very Young (here); and the book review of "If You Were Only White" (here).
Posted by Unknown at 8:20 AM No comments:

Woof out for Kaitlin!

Our friends Tommy and Dee-Dee have a wonderful granddaughter named Kaitlin.  Kaitlin is facing a serious medical condition with grace and bravery.  If you'd like to send all three of them some good vibes, please click here to upload a picture of your pet "woofing" for Kaitlin. 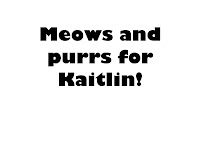 Here are some of ours: 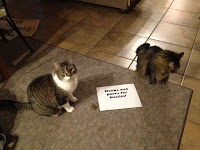 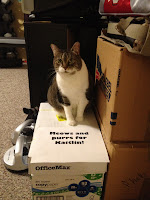 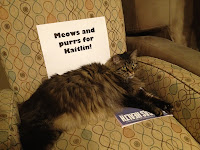 If you look closely at the top one, you'll see how we bribed the girls to stay still for a little bit.
Posted by Unknown at 8:25 PM No comments: