Jack Ayer is right about (among other things) cell phones and cats.

See here.
Posted by Unknown at 5:54 PM No comments:

The folks who own the Vegas Open Dance Challenge are having a photo contest, and the pic with the most likes on it gets some free entries.

So I'm shamelessly asking all of my friends (and their friends) to please click on this link here and "like" my picture.  Thanks so much!
Posted by Unknown at 6:13 PM No comments:

BBC Radio 5 Live's Wake Up To Money asked me a bit about Enron, 10 years later (interview starts around minute 27:30), or click here.

My Dad and my buddy Gus Schill pointed me to the Houston Chronicle's Enron retrospective:  see here, here, and Fuel Fix's compilation, here.  Some of my takes are here, here (Colin Marks and I wrote this one), here, and here.  And the books that Bala Dharan, Jeff (yep, my Jeff) Van Niel, and I did:  here and here.

Short version of my take on things, 10 years later?  Two things:  those who do not learn from history are doomed to repeat it, and humans don't seem to be able to learn from history, at least where their own cognition is concerned.
Posted by Unknown at 6:48 AM No comments:

*SNORK* (the sound of snorting laughter)

See here. Hat tips to Brazen and Tenured and The Faculty Lounge.
Posted by Unknown at 3:31 PM No comments:

Why giving up my Droid X was worth over a thousand dollars to me.


I had a Droid X for all of six months before I had a hissy fit yesterday. The Droid had just gotten on my last nerve.


Oh, there were signs. Like any bad relationship, there were signs. Lotus Notes didn't like Droids. Installing Lotus Notes took over an hour, and after I updated my Droid OS, Lotus Notes went on the fritz. Not even the best minds at UNLV's Office of Information Technology (and trust me, there are very smart people working at OIT) could figure out what was wrong. I almost gave up right there, but I stuck with my Droid.


I was stubborn.  So what changed my mind? Sheer, boundless stupidity.


I don't know why the Droid X stopped getting Gmail (its raison d'être, after all, right?) and started giving me messages telling me that Google (yes, Google) didn't have a trusted security certificate. I did a Google search (on my iMac) to find out what the various Gmail errors meant, and I saw page after page listing the newest Gmail/Droid X errors.


When I called Verizon Wireless, the tech rep told me that there were no such problems.


Then he told me that I'd have to do a hard reset, which would mean having to reinstall everything, including Lotus Notes.


So I called around and found one Apple store that had a few iPhone 4s models remaining. I hightailed it over there and got the phone.


Because I'd had the Droid for under a year, I had to pay full price (gasp!) for a 64GB iPhone 4s, but here's the thing:  the in-store setup, including a humongous contact list transfer, took around 15 minutes, and the OIT Lotus Notes setup (including downloading the Lotus Notes app) took around 10 minutes. Canceling my second phone line at Verizon took about 10 minutes and cost me $280, but I'll save $40/month by not having a second phone line.


And let's face it: the iPhone's just better. Its keyboard is easier to use. Its autocorrect feature is pretty smart. The phone feels better in my hand. And Siri? Ah, Siri has the right amount of competence and whimsy.

So what will I do with the Droid X now? Let's just say that there's a 230-gr. hollow-point with the Droid's name on it, and one happy husband who's been trying to find a way to lure me to the shooting range.

We found it. Wait for the video.

UPDATE:  From my buddy George Connelly:  In my humble opinion, the "feel good" aspects of lower and higher education have created at least 2 generations of students who do not know how to spell, punctuate, or write.  And so long as grade inflation exists in the schools, that will continue.
Posted by Unknown at 10:29 PM No comments:

From the sharp eyes of my buddy Bruce Quinn.

Bruce forwarded this article on cat agility (here) to me today. Am now reading the article to Grace and Shadow, who don't seem to have any competitive bones in their bodies.
Posted by Unknown at 1:32 PM No comments:

Congress gave medals to four of my heroes.

See here.  Then read Homer Hickam's op-ed (here).
Posted by Unknown at 6:03 AM No comments:

See his two recent Dealbook columns, linked in this post at Credit Slips.
Posted by Unknown at 8:11 PM No comments:

A very smart bit of advice for college football fans.

See here.  Hat tip to Scott Unger.
Posted by Unknown at 11:40 AM No comments:

GoDaddy's 236th birthday tribute to the Marines, and a list of a few of my favorite former Marines.

GoDaddy (which I use) has just impressed me even more (here).  And here's a listing of some of my favorite former Marines (in addition to Jeff Van Niel, Jon Van Niel, and George Van Niel):
Thank you all for your amazing service to our country, and for all the ways that you bring honor to everything that you do.
Posted by Unknown at 10:28 AM 1 comment:

Poignant articles on the housing crisis.

In today's New York Times (here).
Posted by Unknown at 7:55 AM No comments:

What can I say?  I have friends in pretty much every branch of the service (although I have no Coast Guard friends yet), and I'm in awe of how they put themselves on the line every single day, without even asking us for simple thanks.

Every single day, I read about someone who's fairly young and who has stepped up to the plate, either on foreign soil or here at home.  I marvel at their ability to lead by example.  So: 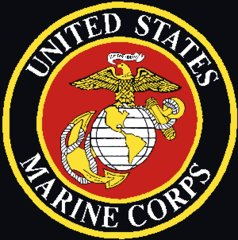 
* My sister-in-law retired not terribly long ago from the Air Force, and Jeff's late mother was in the Army.  I married into a wonderful military family.
Posted by Unknown at 7:23 PM 1 comment:

Giving kudos (and buying ice cream) for 'fessing up to mistakes.

I've been meaning to post a link to this New York Times story about how to encourage learning from mistakes (here) for a while.  The gist is that it's better to bring mistakes out into the open and treat them as a learning opportunity (by having the mistake-maker buy ice cream for everyone) than it is to yell at the mistake-maker in private.  I love that idea.  It lessens the angst from having made a mistake and acknowledges the mistake in a positive way.
Posted by Unknown at 10:38 AM No comments: