Failure can be a very, very good thing.

See here.
Posted by Unknown at 7:12 AM No comments:

Hey, two of my Kickstarter projects are in the New York Times.

See here.  Special shout-outs to CheyAnna and the jellyfish tank.
Posted by Unknown at 6:57 AM No comments:

Today's New York Times reports that the Marines are now actively recruiting gays and lesbians (here).  My favorite paragraph of the story:


The Marines were the service most opposed to ending the “don’t ask, don’t tell” policy, but they were the only one of five invited branches of the military to turn up with their recruiting table and chin-up bar at the center Tuesday morning. Although Marines pride themselves on being the most testosterone-fueled of the services, they also ferociously promote their view of themselves as the best. With the law now changed, the Marines appear determined to prove that they will be better than the Army, Navy, Air Force and Coast Guard in recruiting gay, lesbian and bisexual service members.

See here.  We've been lucky enough to know them for a long time (but refuse to say how MANY years), and each of them is talent personified--and nice.  Yay in particular to Amelia!
Posted by Unknown at 7:27 AM No comments:

Great post by Steve Lubben over at Credit Slips on venue & fees.

See here.
Posted by Unknown at 1:38 PM No comments:

This blog tickles me.

Profanity alert, but see here.  Hat-tip to Above the Law.
Posted by Unknown at 1:31 PM No comments: 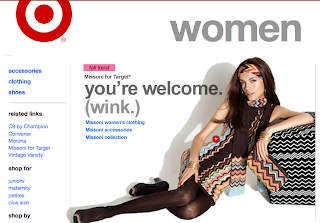 Posted by Unknown at 9:42 AM No comments:

Seriously, what were the odds?

So I'm reading the Sunday paper (having gotten up early to drop a friend off at the airport), and I see this title in the local paper's Business section:  Deep in the Heart of Nevada.  (Online, the title is Jobs, weather have some Texans coming to Las Vegas--see here.)

I read this paragraph and then mopped up my spit-take:


"The town where we're from has a Walmart, a McDonald's and a couple of Mexican restaurants. It has a little shopping center with a Big Lots and a Dollar General. That's it," said Shannon Fleming, 28, who moved here with husband, Kevin, 33, and 7-year-old daughter, Amaya, from Orange, Texas, in early 2010.

But just to be fair:  Houston is still a wonderful city.

Posted by Unknown at 5:48 AM No comments:

The perfect juxtaposition of two articles today on the death penalty.

See here and here.  There are few things in life of which I'm unshakably sure.  The love of certain family members and friends is one such thing; the belief that there is such a thing as right and wrong (although I'm not always sure that it's possible to figure out which is which) is another; and the concept that humans make mistakes in judgment is a third.  So the idea that no one has ever been wrongfully executed is just plain foreign to me.

Personally, I like my leaders with a little more self-doubt and humility.
Posted by Unknown at 3:28 PM No comments:

I've started a second blog (well, a third one, really).

Corporate Scandal Watch has a whopping single post for now, but thanks to our economy and human nature, there will be more.
Posted by Unknown at 1:06 PM No comments:

See here.  Thanks, to, go to Sgt. Rodriguez-Chavez and Capt. Swenson, among many others.
Posted by Unknown at 7:23 AM No comments:

What I want in a President (or a Senator, or a Congressperson).

One of the op-eds that I read this morning (here) got me thinking about what I want in a candidate for national office.*  I'm part of that vast center, neither too liberal nor too conservative.  I've toyed with both parties over the years, but the parties I knew growing up bear no relationship to the acrimonious and sanctimonious parties of today.  If politicians were still in kindergarten, they'd all be given "doesn't play well with others" grades.  But at least if they were in kindergarten, we could hope that they'd grow out of that problem.

So what do I want?  Here are the markers for my ideal candidate:
I don't know if we'll get candidates that meet my criteria.  I'd love to see them, but I doubt that the people who really could fit even this list of four qualities are going to take time from their productive lives to run.  We sure could use them, though.
_______________
* Of course, I'd like to see these same things in candidates for state and local offices, too.
**http://www.imdb.com/title/tt0070355/quotes.
Posted by Unknown at 7:41 AM 2 comments: